The Marihuana for Medical Purposes Regulations (MMPR) replaces the old MMAR program and patients across Canada still access high quality medicinal cannabis (marijuana) safely, legally, and discreetly. Patients who have been approved by their doctor and are registered with Health Canada can have medicinal marijuana and cannabis sent directly to their home by a licensed producer. These patients must purchase medical marijuana and cannabis from growers which have been approved by Health Canada. You can get more details from Health Canada directly about the marijuana for medical proposes regulations (MMPR).

As of March 21, 2014, Health Canada’s new Marihuana for Medical Purposes Regulations (MMPR) are now in effect alongside the old program Marihuana Medical Access Regulations MMAR  until the ongoing litigation and a recent court ruling is resolved. The old program was to end in March 2014 and any individual who previously held a Personal-Use Production Licence or Designated-Person Production Licence under the MMAR may still continue to operate. 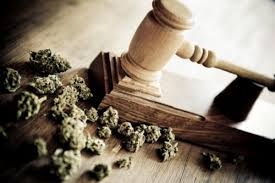 Here are the conditions an individual still may operate with a personal use production license while the ongoing litigation is with the courts:

Individuals who already don’t have a certification under MMAR can register with a licensed producer under the MMPR once approved by a healthcare practitioner/doctor.

Invest In MJ provides a complete list of licensed marijauan producers and growers approved by Health Canada who can provide mecial marijuana and cannablis under the Marihuana for Medical Purposes Regulations (MMPR).

Applying For A Marijuana Producers License Under MMRP